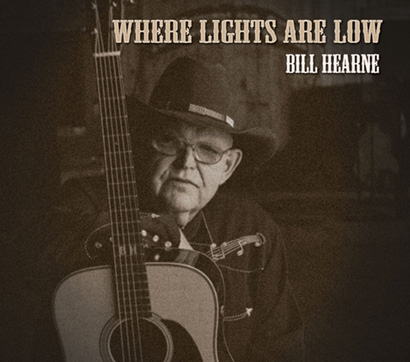 Where Lights Are Low is Bill’s fourth album recorded at Howlin’ Dog and is a bit of a departure from Bill’s usual broad spectrum of  country-folk-Americana featured on his previous albums. This record has been a labor of love for Bill - a tribute to the music he grew up listening to - the late 50’s - early 60’s Bakersfield country of Buck Owens and Merle Haggard, along with some great Texas honky-tonk dance hall music of the same period from artists like Ray Price and George Jones.

Bill says, “When everyone else was listening to the Beatles, I was listening to Buck Owens”, and he has carried those songs and the love of them forward for more than 50 years, finally able to feature his interpretation of them in Where Lights Are Low.

All in all, Where Lights Are Low is a tour de force tribute to a great period of American music, delivered as no one else can, through the heart, soul and voice of another true American musical icon, Bill Hearne.