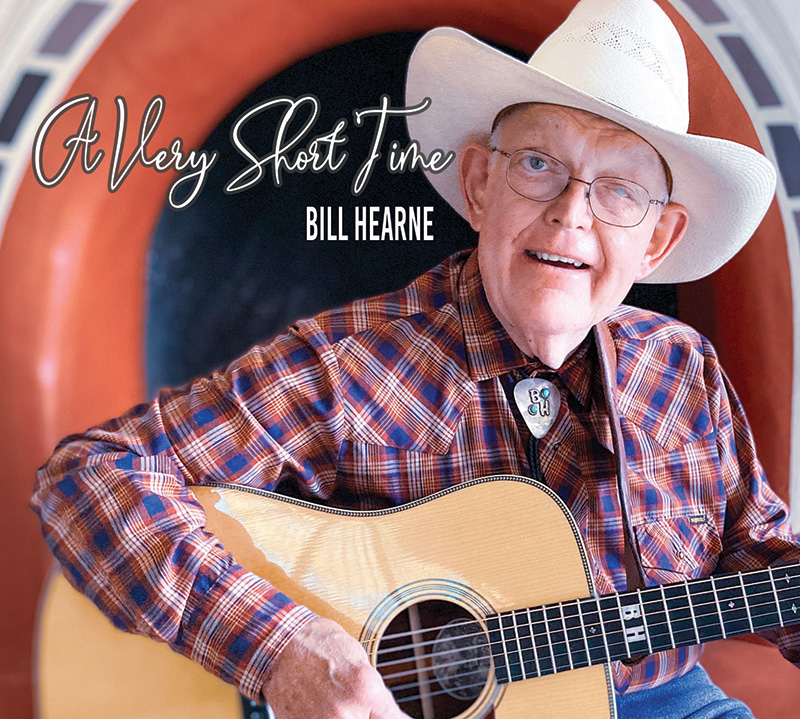 Bill Hearne is a gatherer of songs. He’s been stowing them away in his prodigious savant-like memory since he was a teenager growing up in Dallas, Texas in the 50’s and early 60’s, sifting through what he could find on the radio and in the record stores. Legally blind and socially uncomfortable, Bill became the ultimate curator of country and folk songs, and in A Very Short Time he lays out some of the gems he has found, leaning here a bit in the folk direction. The album’s spare, elegant production also leaves lots of room for Bill's unique and amazing flatpicking guitar work.

The album starts out with old friend Jerry Jeff Walker’s Gypsy Songman, a message of music that Bill perfectly embodies. Bill is a brilliant interpreter of Gordon Lightfoot songs, and there are three in this collection, with the misty and mysterious Bitter Green next on the list. Then there are two songs from regional friends of Bill’s - the New Mexico flair of In My Lonely Room from Elliot Rogers, and Never Miss a Chance from co-producer Don Richmond, co-written with Shake Russell and Teri McCartney. Steel Rail Blues is another Lightfoot tune, with some great picking from Bill and his nephew Michael Hearne, featured on numerous tracks. Bill always includes a couple of waltzes, and The Moon Is Still Over Her Shoulder is a beauty from Hugh Prestwood. Next is a highlight, Driftin’ Way of Life, a duet with writer Jerry Jeff, who just recently left us. The rest of the album includes bluegrass and country classics and gems from writers like Gary Nicholson, Townes Van Zandt, Jesse Winchester, and Rodney Crowell. The album closes with Lightfoot’s Go My Way and the title cut from Keith Sykes, A Very Short Time, expressing the dichotomy of how long Bill’s been doing this, and how fast it all goes. We at Howlin’ Dog love Bill and his music, and we love this record - we hope you do too!