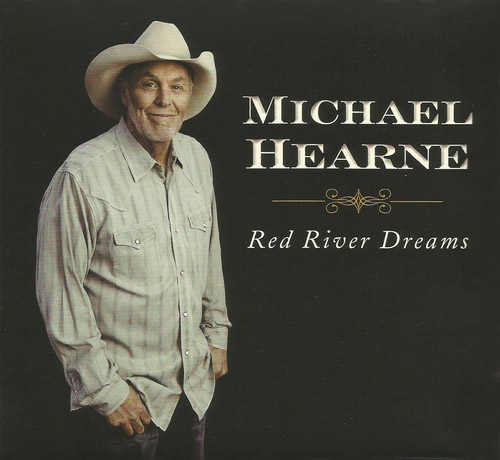 With a golden voice, a uniquely expressive and impressive command of the acoustic guitar, and a lifetime of writing songs about life in the great Southwest, Michael Hearne's 2016 release provides a rich ride through a varied and beautiful landscape.
$ 19.99 USD
This product is out of stock.
Product is not available in this quantity.

This 2016 release from Michael Hearne ranges from brand-new songs written just before the studio dates to record them, to songs from his long and successful career, all showcasing his impeccable vocals, amazing guitar work and his finely-honed production sense. Truly a gem in every way.

Some testimonials from a couple musical friends, these referring to his earlier release "High Road to Taos" -

"Michael Hearne's record embodies all that I love about New Mexico. Between his whiskey velvet voice, the evocative songwriting and gorgeous musical production, I found myself profoundly aching for my favorite place in the world" – Eliza Gilkyson

"Once in a while there comes a recording I never tire of playing. 'My Funny Valentine' by Chat Baker comes to mind. 'Come Away With Me' by Norah Jones is another. It's like they were recorded only yesterday even though it might be years since they were first released. In January of 2008, I heard Michael Hearne's 'High Road To Taos' and I knew from the second or third time I played it, and that's been a lot of plays ago, that this was one of those records I'll always play and every time I do it will be as fascinating, alluring and inspiring as the first time I played it. It's a very real classic and it's my hope it gets the wide audience it so richly deserves." – Keith Sykes