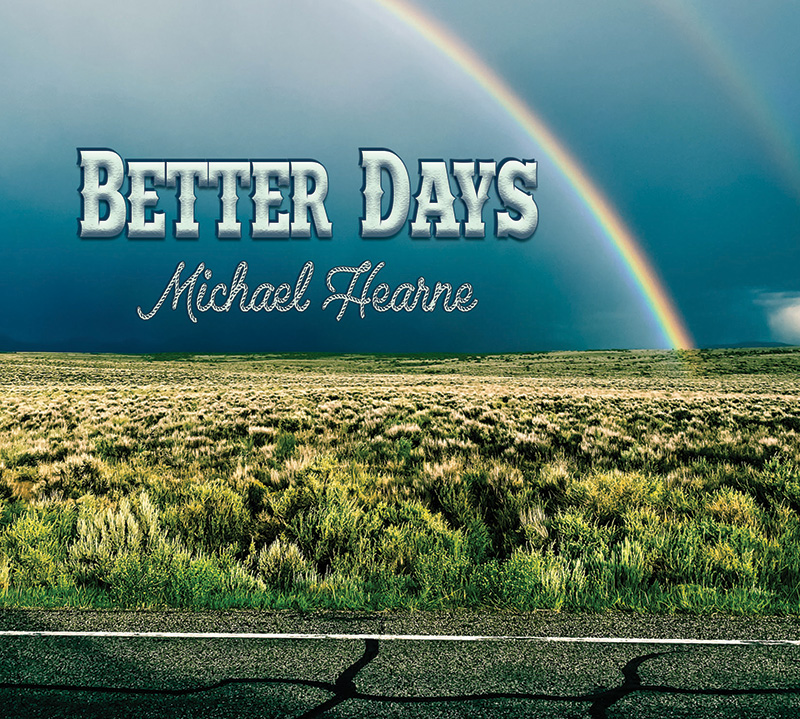 $ 19.99 USD
This product is out of stock.
Product is not available in this quantity.

“Better Days” is the new CD release from Michael Hearne, one of the originators of the “Southwestern Americana” sound that seems to float over his two homelands of the hill country of Texas and the mountains of northern New Mexico. His instantly recognizable “whiskey-velvet voice”, as friend Eliza Gilkyson describes it, combined
with his impeccable musical instincts, inspired songwriting, and instrumental virtuosity form as complete a musical assemblage as you will find in any country/folk/Americana artist today.

The song list for Better Days had been taking shape long before the multiple turmoils of 2020, and yet the music seems to be perfectly designed to guide us all back to a better place, and give good company on the journey. Opener “Except You” is a catchy good time tune, with the great steel and guitar work of Lloyd Maines, followed by the home-spun wisdom of “I’ll Choose Love”, in some ways the theme song of the whole collection. Michael has a great flat picking treatment of the Tim Hardin classic “Reason to Believe”, followed by Hearne’s humorous ode to “maturity” in “I’m a Senior.” Michael has sung friend Eliza Gilkyson’s great song about Elvis “Tennessee Road” for decades and includes his superb rendition here (with a guest vocal from Eliza), followed by the hope and promise of new love in “An Easy Thing to Do”. Like so many musicians, Michael was hit hard by the passing of John Prine and so wrote “A Song for John Prine”, a sweet tribute to his music, followed by the infectious good time “Uno Mas, Por Favor.” Michael and Austin-based vocalist Kelley Mickwee (Shinyribs, The Trishas) join together next for a fabulous take on the Boudeleaux Bryant hit “Devoted to You”, followed by the wistful love song “Texas Snow”. The album closes with first the tender and hopeful warmth of “Better Days”, followed by Michael’s anthem to the planet, “Mother Nature”, co-written with Terri Hendrix and Lloyd Maines, who contributes several tracks to the beautiful tapestry of the arrangement.

“Better Days” is a gem of an album by a veteran artist at the top of his game. We’re thrilled with it, and we’re pretty sure you will be too!