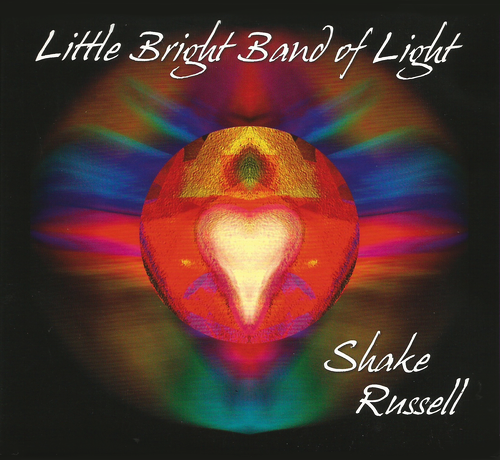 Recently inducted into the Texas Songwriting Legends Hall of Fame, Shake's 2016 release gives ample reasons why. His is a gentle, perceptive and often humorous songwriting and singing voice help us know and celebrate why it's worth being alive.
$ 14.99 USD
This product is out of stock.
Product is not available in this quantity.

Recently inducted into the Texas Songwriting Legends Hall of Fame, Shake's 2016 release gives ample reasons why. His is a gentle, perceptive and often humorous songwriting and singing voice help us know and celebrate why it's worth being alive.

Shake Russell is one of the most beloved of the multitude of accomplished songwriters active in the great state of Texas. He recently received the honor of being inducted into the Texas Songwriter Legends Hall of Fame, and listening to this latest 2016 release, or any of his other multitude of albums going back decades, it's easy to see why. His deep songs of love and life help us celebrate the wonder and mystery of it all, and keep us company on our journey.

This Howlin' Dog Records release features the guitar and vocal contributions of Shake's frequent playing partner Michael Hearne, as well as the multi-instrumental artistry and vocals of co-producer Don Richmond, as well as a number of the southwest's finest players, all lovingly placed around Shake's evocative acoustic guitar and his warm, expressive voice.

For more than three decades, Texas singer-songwriter Shake Russell has been entertaining audiences throughout the region with his unique, Americana style of folk-rock. A prolific songwriter, Shake has written or co-written hundreds of melodies. Through the years, Shake’s songs and albums have frequented the Billboard charts, with many, including “Deep in the West,” “You’ve Got a Lover,” “Put Yourself in My Shoes,” “One More Payment,” and “Our Kind of Love” being recorded by such distinguished artists as Waylon Jennings, Jessi Colter, Ricky Skaggs, Clint Black, and Carolyn Dawn Johnson. Ricky Skagg’s hit recording of “You’ve Got a Lover” has appeared on three of Ricky’s albums. In 1983 Shake was commissioned by the Texas State University in San Marcos to write a song ,''River of Innocence''. for a documentary filmed and produced by the university. In 1986, Shake was asked by longtime friend Bruce Bryant, creative producer at Houston television station KTRK, to compose a theme song commemorating the Texas sesquicentennial. He obliged and wrote the regional favorite, “Traveling Texas.”

Weaving sophisticated harmonies through his songs and drawing from various genres, Shake created a style of folk-rock that is uniquely his own. His repertoire consists of a blend of love songs, ballads, and waltzes, skillfully balanced with lively rockabilly tunes and soulful rhythm and blues pieces. His lyrics are imbued with beautiful imagery, catchy phrases, and inventive similes and metaphors. But it is the rich, melodious voice of Shake Russell that breathes life and spirit into the lyrics.