Ry Taylor - Take Out Your Tongue 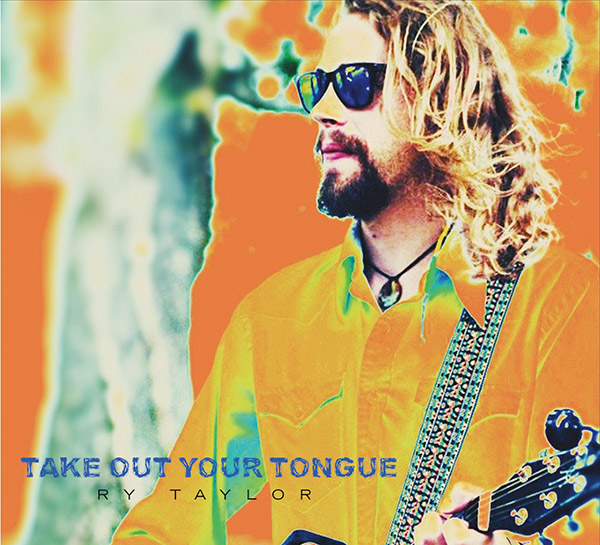 Acoustic groove is what Ry calls his music. With influences from folk, Americana, Latin jazz, reggae, rock, and world music all weaving in and out, Ry cooks up a groove and expression uniquely his own on his latest release, Take Out Your Tongue. Ry grew up singing around campfires while living on the Philmont Scout Ranch, influenced by a variety of musical genres. Ry says he doesn’t like to be tied down to one type of music and feels there is something for everyone on his 2016 release.

Ry Taylor's “acoustic groove”, blends influences from folk and country with Latin jazz, rock, hip-hop, and reggae into a delightful and infectious flow, carried along by his evocative voice, strong and inventive acoustic guitar work, and engaging presence.

Ry grew up immersed in music, son of a well-known "southwest Americana" artist Rod Taylor (member of the Rifters), and also knocking around the rich and varied music scene of Taos and Santa Fe in northern New Mexico. Ry started playing and performing as a teenager, and now has over a decade of experience as a full-time musician, now reaching out from his roots in the Enchanted Circle (Taos, Angel Fire, Red River) area of northern New Mexico. He also spent time in the Nederland-Boulder area of northern Colorado, swapping songs and sharing music with members of his friends in the Elephant Revival band. Dan Rodriguez, a member of Elephant Revival, produced Ry’s previous CD “Wake Up Sun”, and contributed some tracks to the new CD.

But what shines through this record more than anything else is Ry's heart, his joy and his creativity, and his spirit of dancing with and through whatever life brings his way. "It's just a friggin' great record," is how producer Don Richmond puts it.