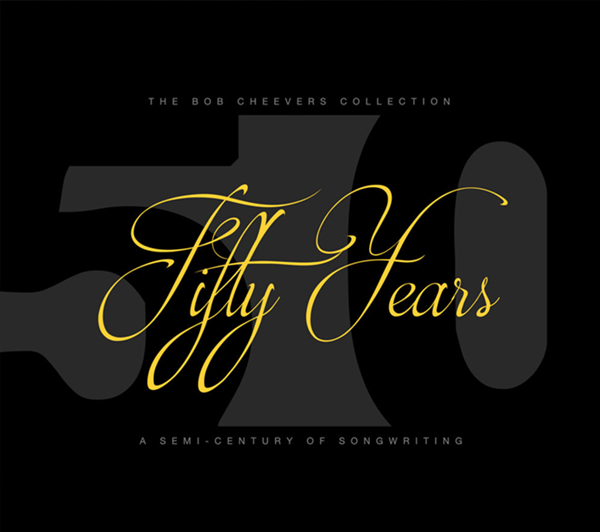 $ 24.99 USD
This product is out of stock.
Product is not available in this quantity.

What do you call someone who has traveled the world over, observing the human condition, writing over 3000 songs exploring seemingly all aspects of it, and singing those songs for more than 50 years? You call him Bob Cheevers.

It’s hard to find many other singer-songwriters that you can say that about, and we at Howlin’ Dog Records are proud to help this iconic troubadour get his 5-disc retrospective “Fifty Years” out to the world. This massive project covers a different decade on each of those five discs, drawing from his previously released catalog, but also including material never heard before.

Long recognized by peers as being blessed with the acute vision of a master painter coupled with the precision attention to detail of a great novelist, Cheevers has written over 3,000 songs in his five decade career. Along the way he has rightfully earned the mantle of master songwriter as well as the respect of his many songwriting pals, including Texas icon Ray Wiley Hubbard, who recently said, “Bob is one cool scarecrow gypsy poet who writes and sings the romantic beautiful truth. When he releases a record, I listen.”

Also a cult favorite in the UK and Europe where he has toured for more than a decade, Cheevers continues to find inspiration in the life he’s chosen in Texas as well as the rich Southern heritage that came from his growing up in Memphis. His rootsy, blues-flavored songs spin tales of life in a conversational language of the heart that rock the soul. They are intimate and expansive, poignant and bracing, tender and raucous, unflinchingly honest and redemptively healing. As he laughingly is known to say, “I don’t know if these stories are true, but they happened to me.”