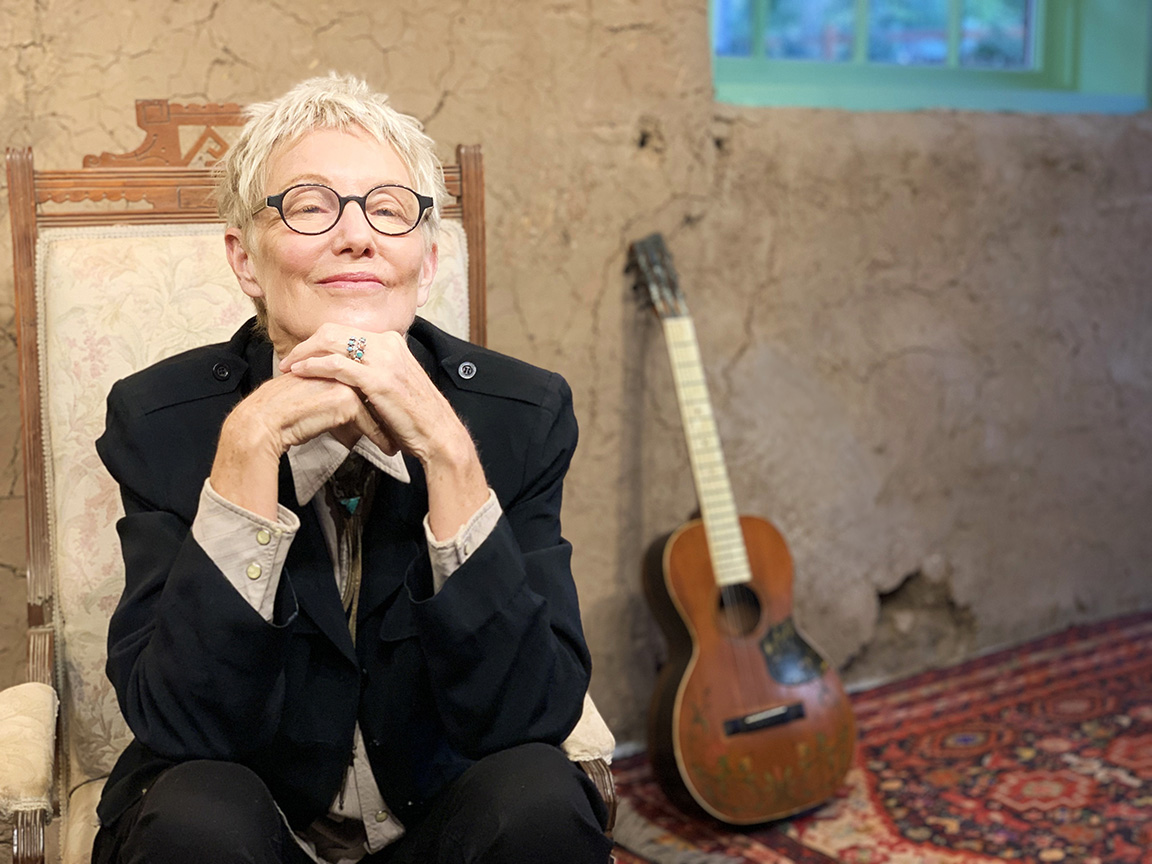 We're about to burst our buttons here at Howlin' Dog, with the worldwide premiere of a video for the first single "At the Foot of the Mountain" from Eliza Gilkyson's upcoming album "Songs From the River Wind". It's happening at the online magazine Popmatters, right here

From the PopMatters article -

“Described as her love letter to the Old West, it’s masterfully written and performed folk music that spans 40 years. Comprised of originals and covers, her everlasting adoration for the West that she calls home rings pristine. Due on 14 January via Howlin’ Dog, it’s a fitting dedication following her recent move to Taos, New Mexico. “At the Foot of the Mountain”, Gilkyson’s debut single from the album, encapsulates her intent with Songs from the River Wind in a song. It highlights her love for the West, its history and people, and its mountains and rivers. The track stands as a particularly personal message when one considers that her new home is, indeed, “at the foot of the mountain”. Richmond’s organic and lush production offers ample room for warm vocals and outstanding folk instrumentation to stand side-by-side. The absolute highlight is Gilkyson’s sincere delivery, accentuated by the superb artists backing her up.”

In the video, you'll see some amazing photos from several of our favorite photographers - Geraint Smith Photography , Dave Hensley Photography , Pattie Traynor , Rick Romancito , and Eliza herself. Robin James put together the beautiful video of the song, written by Eliza and John Gorka . Michael Hearne is singing that low harmony. It's a labor of love by a bunch of folks we love, and how cool is that! Check it out!