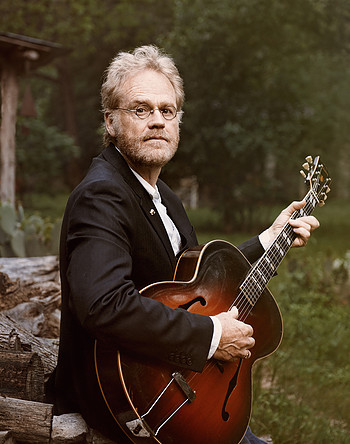 Livingston has seen a lot of the world since growing up in musically fertile West Texas. Hailing originally from Lubbock, his interests were more 'Cosmic' than 'Cowboy' and have prompted him to delve into the music and mysteries of many cultures. Traveling since 1987 as a Music Ambassador for the US State Department, Livingston has taken Texas music as far afield as India, Africa, Southeast Asia and the Middle East, demonstrating again and again the unique power that music has to build bridges between peoples of the world. As Livingston says, 'When all else fails, music prevails'. This philosophy earned him the honor of being appointed 'Austin’s International Music Ambassador' in November of 2009 by the City Council right before a tour of Africa.

Livingston has never been a traditional Texas country musician living the honky-tonk life, even though he's spent more than his share of time on the roadhouse circuit with some of the most colorful musicians on the planet. As a member of Austin’s legendary Lost Gonzo Band, Livingston performed and recorded with such musical visionaries as Murphey, Jerry Jeff Walker and Ray Wylie Hubbard. Livingston played an integral role in creating the music that first earned Austin the designation of 'Live Music Capital of the World'. The Gonzos’ self-titled debut record on MCA was named by Rolling Stone Magazine, "...one of the best albums ever to come out of Austin."

This cosmic and world-traveled view was reflected in Livingston's 2004 CD, 'Mahatma Gandhi & Sitting Bull' released on Vireo Records and named in the Austin American-Statesman's "Top 10 List." In 2008, Vireo released a compilation called, 'Original Spirit', that includes 'Gandhi & Bull' in its entirety and several more surprise tracks from Livingston's Lost Gonzo Band days. But it's his latest CD, 'Gypsy Alibi' that is defining Livingston's new musical direction. Released in 2011 on New Wilderness Records, 'Gypsy Alibi' is co-produced by Lloyd Maines and won "Album of the Year" at the Texas Music Awards that year. It has more of a folk-rock/Americana spirit than his last outing and is still enjoying radio airplay around the country and abroad. Listen to "Ruby's Shoes, "Country Western Swing," and "Androids Lament."

​Livingston has a few side projects that keep him writing and producing: He plays with a multi-cultural group from Texas and India called Cowboys & Indians supported by the Texas Commission on the Arts and the City of Austin's Cultural Arts Division. They play in schools and theaters all over Texas. Livingston is turning the concept into a full-fledged musical play with Houston playright/songwriter, Bobby Bridger. The first performances are scheduled for Summer 2017. Livingston is also a member of two other rockin' bands, the legendary Lost Gonzo Band and a spinoff called the Lost Austin Band.

These days, Livingston is on the Americana folk circuit and plays a lot of solo, duo and trio shows.  In a live performance with Bob Livingston, one finds a veteran singer-songwriter and a master storyteller who captures his audience from the first notes played. It's an irresistible invitation to travel down cosmic musical highways and rutted back country roads from Lubbock to Lahore! Bob was just inducted into the "Texas Music Legends Hall of Fame 2016" by the Austin Songwriter's Association.